ThePornDude
News » In Yakutia, dogs eat people on the street
a

In Yakutia, dogs eat people on the street

Sometimes people eat dogs, but sometimes the opposite happens.
In Yakutsk, a woman walked past the hippodrome where a pack of dogs settled. The dogs pounced on the woman and tore her to pieces.

Local authorities said the 53-year-old woman died of natural causes and was later eaten by dogs, but surveillance footage refuted these claims.

Investigative Committee of the Russian Federation opened a criminal case under the article on improper performance of official duties, which resulted in death.

Recall that in Yakutsk there have already been precedents with attacks by stray dogs on people, however, despite numerous statements to the veterinary services, no one began to catch dogs, of which there were already 15 individuals in the flock.

The consequences of snakebites
Volunteers take out worms from a raccoon's ass
Diver was bitten by shark
Dogs brought the guard a severed head
Dog bit off a woman's face
Pit bull attack
Maniac pervert specializes in hedgehogs
Attack of a pack of dogs
Attack of dogs on a child
The corpse of a child. Damage caused by dog bites
2021-12-30
Sonderfuhrer 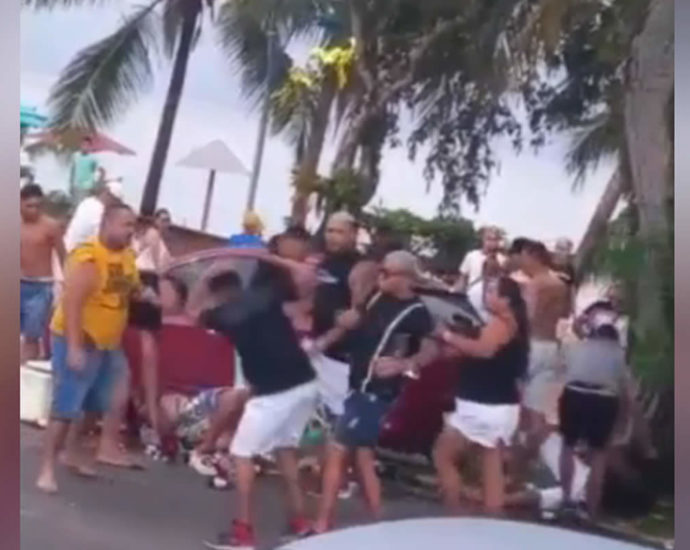