ThePornDude
Article » Corpse in a refrigerator of 3 years old
a

Corpse in a refrigerator of 3 years old

Evening after the concert

On July 3, 1991, 23-year-old Denise Huber agreed with her boyfriend Stephen Horrocks to go to a concert when Steven was suddenly called to work. Such an event should not be missed and Stephen asked his friend Robert Calvert to go to a concert with Denise in his place.
Robert willingly accepted the offer of a friend, because Denise was a very beautiful girl.
On the evening of the same day, Denise picked up Robert in her Honda to go to the concert.
On the way, they grabbed some vodka and went in good spirits to the Morrissey concert in Inglewood, California.
The concert went well and the young people went to the bar for a little more drink. At the bar, they sat up late and at about 2.00 am Denise drove Robert, and she went home.
Denise lived with her parents and brother.
But the parents did not wait for Denise. Towards 6 pm the next day, their anxiety escalated into anxiety and they started calling Denise’s friends, but no one knew where she was.
They called Denise’s friend Temme Brown who said she saw Denise’s Honda parked on the 73 Corona del Mar Expressway. The Honda had a flat rear tire.
Denise’s parents examined the car. The car was not locked, the emergency gang did not burn, there were no keys in the ignition lock. Denise just disappeared.

The next few weeks passed in search. Denise was searched for by her friends, and the police were involved. In the newspapers and on TV there were ads about the missing girl, but all in vain.
The police did not find any evidence and the investigation gradually came to naught. The girl disappeared and was nowhere to be found.

On July 13, 1993, Elaine Court went to the house of John Famalaro, who worked as a painter and always had paint in stock. Elaine badly needed paint.
60-year-old John Famalaro lived in a large 3-bedroom house and his mother lived in a small house in the backyard.
When Elaine approached John’s house, she noticed a strange truck parked in the driveway. The sight of this truck made Elaine uneasy, the truck was completely out of place. Then it will be called divine conduction.
She bought paint from John Famalaro, but was quick to notify the police of the strange find near his house.
She photographed the license plate of the truck and the police quickly determined that the truck with that license plate was on the hijacking, which gave rise to a check on John Famalaro’s house.

When the police arrived at the scene, John was not at home. In the back of the truck was a large refrigerator from which a cable was pulled into Famalaro’s house.
The police decided that drugs were stored in the refrigerator. But there weren’t drugs in the refrigerator. It was the corpse of a woman in fetal position with her hands tied behind her back. The corpse was wrapped in 3 plastic garbage bags; on the head of the corpse there was a bag sealed with tape. 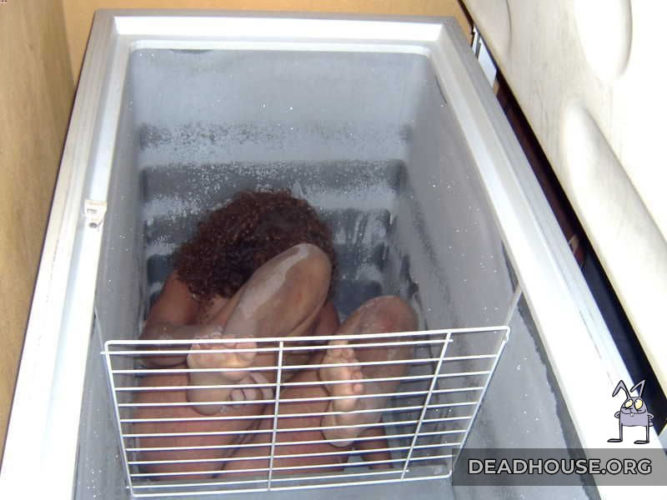 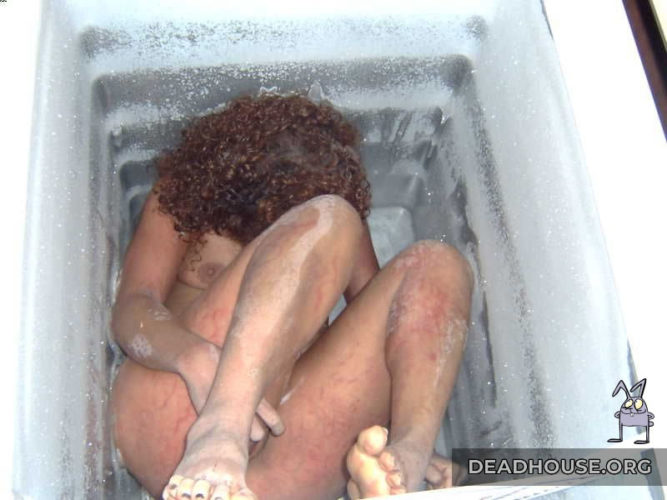 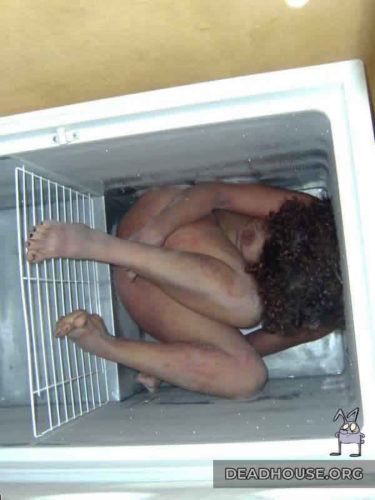 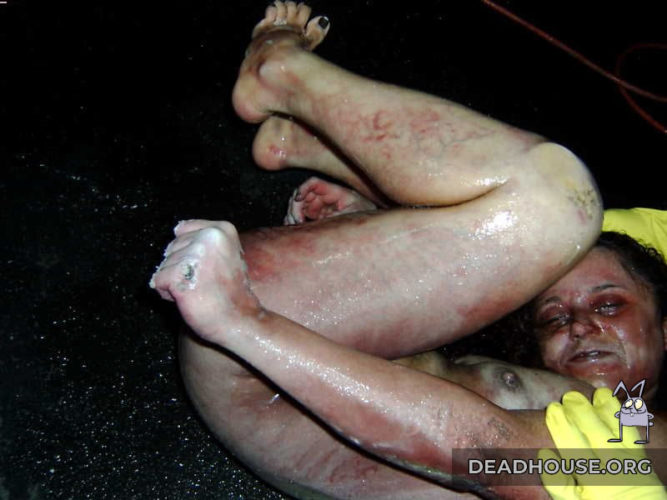 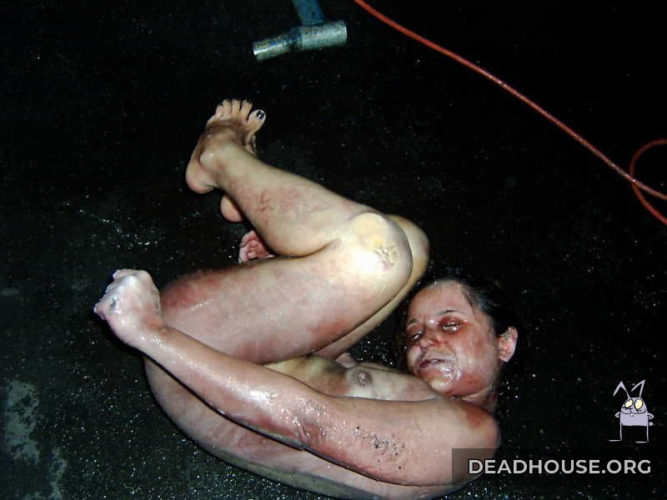 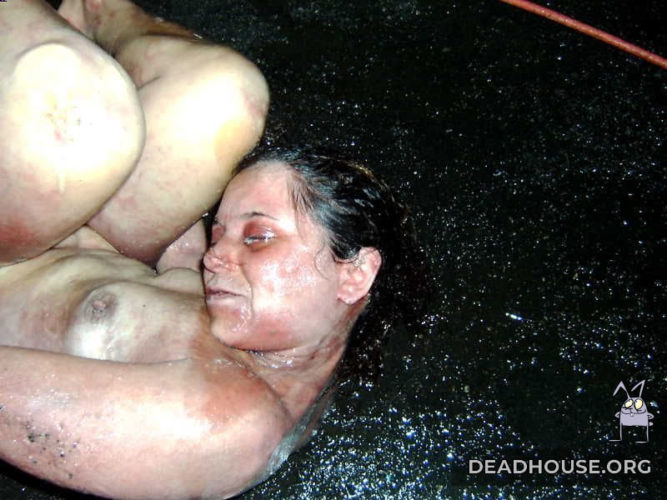 The head of the corpse was crushed, later an examination will establish that at least 30 blows were inflicted on the head with a heavy object.
It was the body of Denise Huber.
In the house of John Famalaro, Denise’s belongings and a receipt for the purchase of a refrigerator, bought 3 days after Denise disappeared, were found.
It remains to be understood how the body of Denise Huber from California ended up in the refrigerator, which stood in the back of a pickup truck in the courtyard of Famalaro’s house in Arizona.
In fact, everything turned out to be simple. In 1991, John ran a paint business in Laguna Hills, California. He also lived in this warehouse.
In 1994, the warehouse was rented by another company, which renovated the building. The police had to open walls and floors in search of evidence. Traces of Denise’s blood were found there.
Although John Famalaro did not disclose all the details, investigators have reconstructed the picture of what happened.
On that day, late at night on July 3, 1991, when Denise’s car broke down, the streets were deserted when the headlights appeared on the freeway at night. It was John Famalaro who was driving.
Denise asked John to help with the wheel, to which he said that he had everything he needed for repairs in a warehouse located nearby.
He lured the girl to a warehouse where he raped her and then beat her to death with a hammer.
He realized that the body would decompose quickly and bought a large refrigerator, where he placed Denise’s corpse.

During the investigation, it turned out that John Famalaro had not the happiest childhood. He was the third child in the family, his father was kind to children, and his mother adhered to strict religious rules.
The mother did not allow the children to meet with friends and was completely in control of them even as they got older.
This influenced John. He was a pedant and a perfectionist, carried away by rituals. If someone leaned on the right side, John leaned on the left for symmetry.
We will never know what actually happened in John Famalaro’s head.
The jury found John Famalaro guilty of first-degree murder and sentenced him to death. The sentence was carried out at Saint-Quentin prison in 2009.

Karate trainer raped 15 students
Death on the beach
Death of a motorcyclist
Corpse of a raped and murdered woman
The man brought the corpse of his mother to the city hall
Brutal murder of an elderly woman
Woman set fire to boyfriend's genitals
The consequences of a shotgun shot to the head
Road accident plans. Moscow 2005
Murder of Khat merchant
2021-09-04
Ser034