As a result of a Russian missile hit, the entrance of a residential multi-storey building collapsed. At least 14 people have died and rescue work is underway. 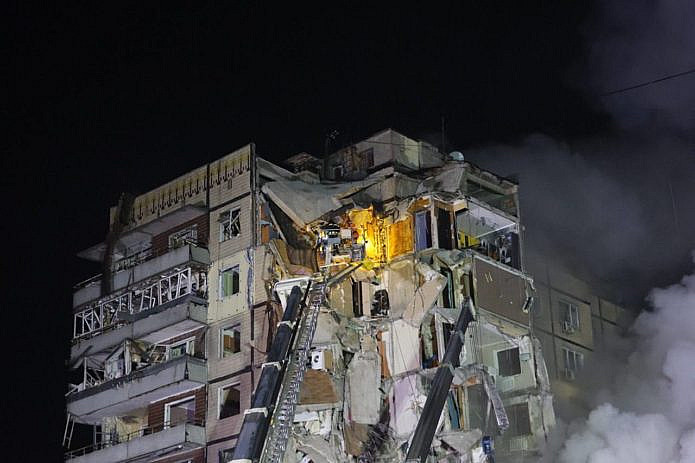 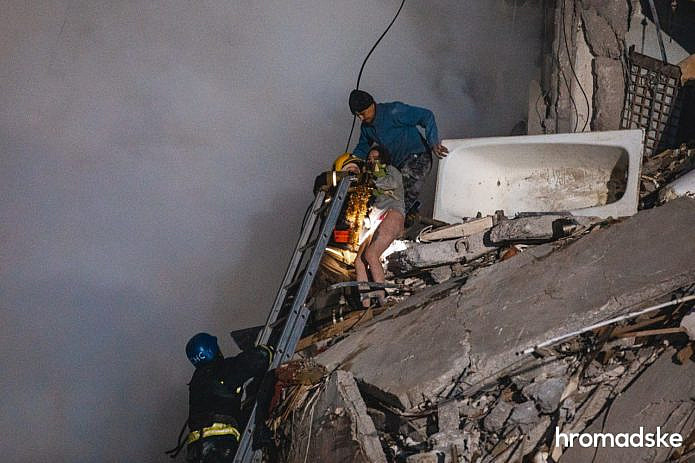 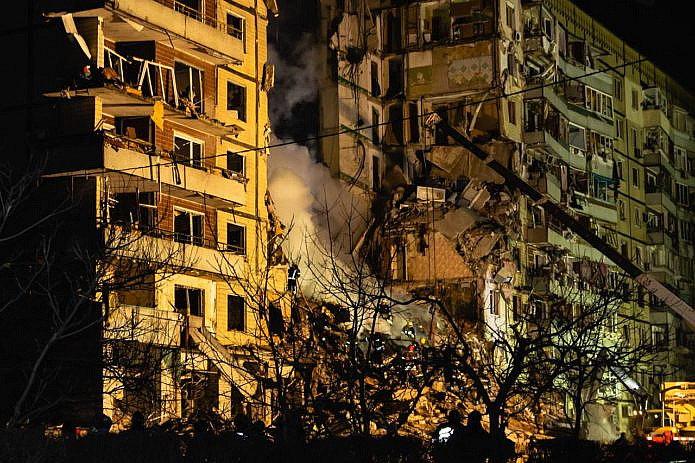 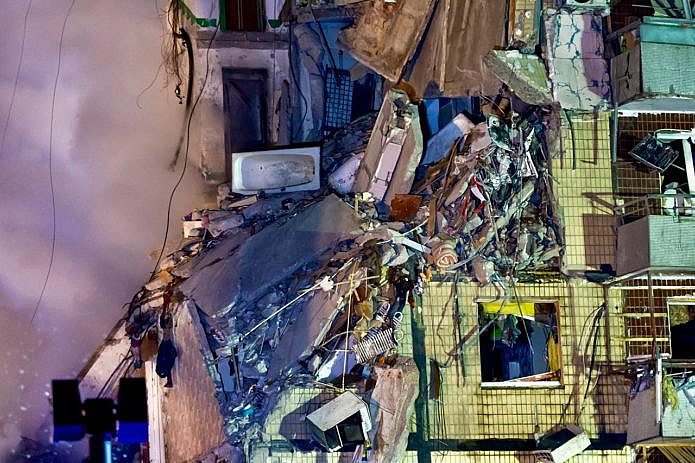 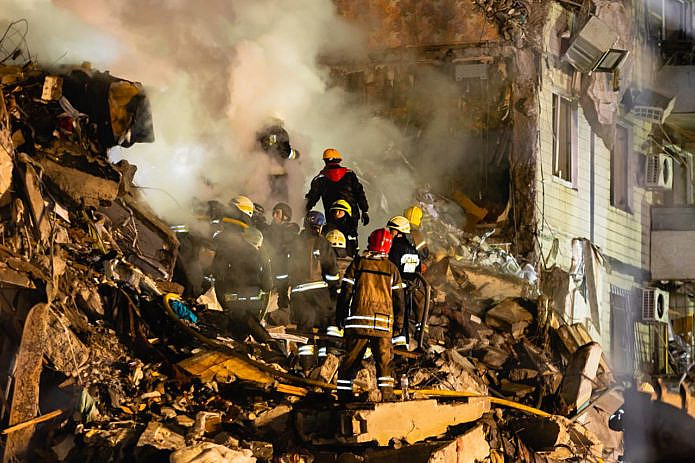 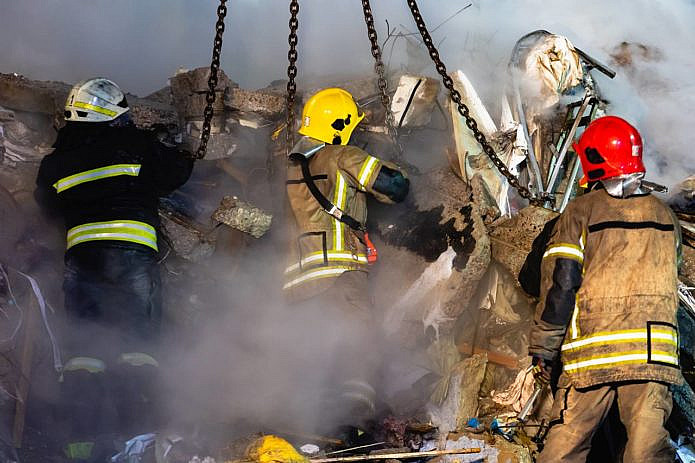 The X-22 missile was fired from a Russian Tu-95 aircraft (Bear NATO) over the Caspian Sea. The Ukrainian air defense forces managed to shoot down the missile, but, according to President Zelensky’s adviser Alexei Arestovich, it fell on the entrance of a residential building and exploded.

The Russian X-22 missile is capable of carrying up to 1t (2204 lb) of high-explosive-shaped charge.

The explosion caused significant damage to the building. At the time of publication, 14 bodies have been found, and at least 38 more people are under the rubble formed as a result of the explosion. Rescuers are on the scene.

UPD: It is reported about 18 dead, 73 wounded and 40 missing during the tragedy. The death toll is likely to rise.

Corpses of Russian marauders
Fragments of bodies against the background of the destroyed truck
Legion 'Freedom of Russia' interrogates prisoners
Ukrainians search the corpse of a Russian soldier
Massacre at Kerch College: how it happened
LPR fighter demonstrates the corpses of soldiers of the Armed Forces of Ukraine
The war in Ukraine and the nearest unhappy prospects for DEADHOUSE
13 corpses. Accident with a minibus
Russia attacked Kyiv with kamikaze drones
Execution of an Armenian soldier
2023-01-15
Sonderfuhrer