News » Shooting in the Kazan gymnasium
a

Shooting in the Kazan gymnasium

On May 11 at about 10 am in the Kazan gymnasium No. 175 there was a shooting with numerous victims. Most of the victims are children. 11 children were killed and 23 seriously wounded. 6 people are in intensive care.

According to preliminary data, there were two attackers. During the special operation, one of the attackers was eliminated, and the second was detained.

During the special operation, the attacker was detained and taken to the police in Kazan.

It turned out to be a 19-year-old former student of this school, student Ilnaz Galyaviev. He entered the school building and opened fire with a Hatsan Escort hunting rifle.

The children began to flee and jump out of the windows. Two died from falling from a great height (these frames are on the video).

The arriving special forces detained one of the attackers. The alleged accomplice, 41-year-old Ramil Mukhamedshin, was also detained. Shortly before the attack, Ilnaz Galyaviev reported the following in Telegram:

As a god, I want everyone to recognize me as their slaves. You have to do absolutely whatever I want. I want each of you to kill at least 10 [people] and drank yourself. There should be no living creatures in the world, this is a mistake of the universe.

I appeared in this world as a god in the form of a man to get rid of all of you. 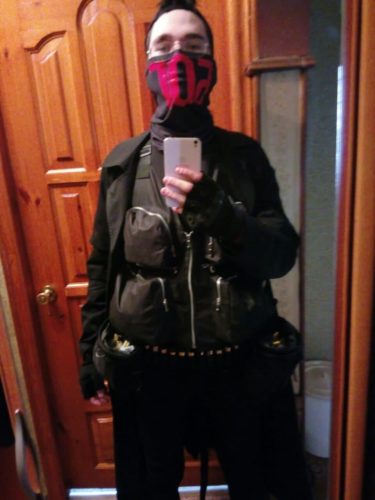 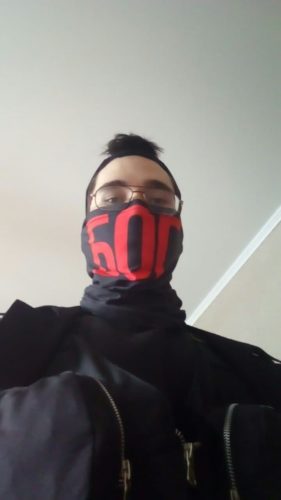 He says that two months ago he realized himself as a god and began to hate everyone. He demands not to attribute psychic abilities to him.
He realized this himself and no one told him about it. He refuses his mother and other relatives and repeats that he hates everyone.

He says that two months ago he realized himself as a god and began to hate everyone. He demands not to attribute psychic abilities to him.
He realized this himself and no one told him about it. He refuses his mother and other relatives and repeats that he hates everyone.

Soon after these events, an initiative group of 11 girls from Russia, Kazakhstan, Ukraine and other CIS countries organized a fundraiser and hired a lawyer Ilnaz Galyaviev. The girls collected 300 thousand rubles (4 thousand dollars).

In defense of the killer, they have a Telegram channel.

After these events, the State Duma of the Russian Federation adopted amendments to the Law on Weapons. The law generally tightens the procedure for obtaining a weapon permit and prohibits the sale of weapons to persons under the age of 21.

On June 12, Ilnaz Galyaviev was transferred to the Moscow prison “Butyrka”, and then sent to undergo a psychological examination.

The journalists managed to take a short interview and the Kazan murderer, during which it turned out that Ilnaz Galyaviev was registered with a psychiatrist as prone to suicide.

In the Kazan prison, Galyaviev tried to commit suicide and jumped his head into the concrete floor, but failed. He hurt his back.

He doesn’t complain about anything, he likes to read Stephen King and Jack London.

Detailed interview in the edition of MK.

Updated: A psychiatric examination conducted in Moscow found that Ilnaz Galyaviev was insane at the time of the crime.

Founder of the neo-Nazi project Satellite and Pogrom committed suicide
Bear hit by train
Shooting occurred in the Moscow service center
Consequences of the accident. Corpse of a woman
The corpse lay in the rain for several hours
The girl jumped out of the balcony
Woman hit by a car
The man brought the corpse of his mother to the city hall
Russian Guards raped with a bottle
Taxi driver shot a traffic police
2021-05-11
Ser034

Boat with Chinese. What could go wrong?

Unsuccessful escape from the police