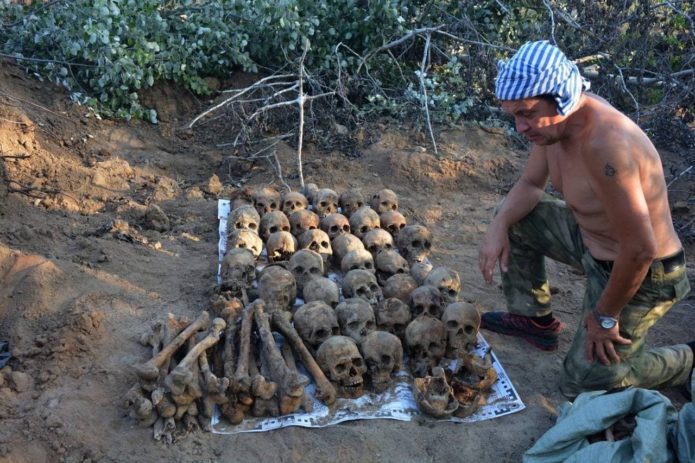 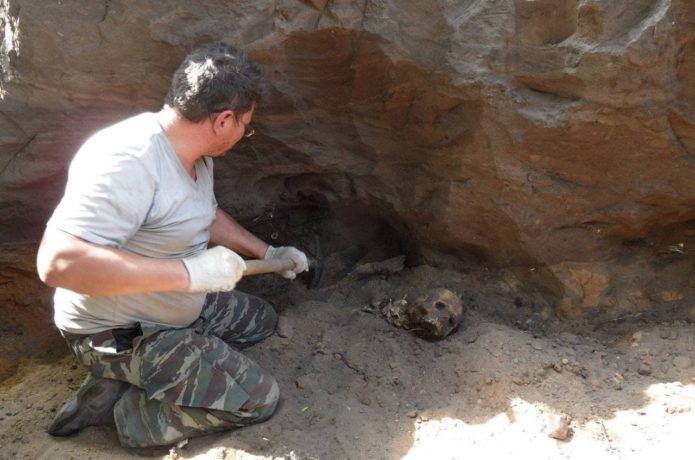 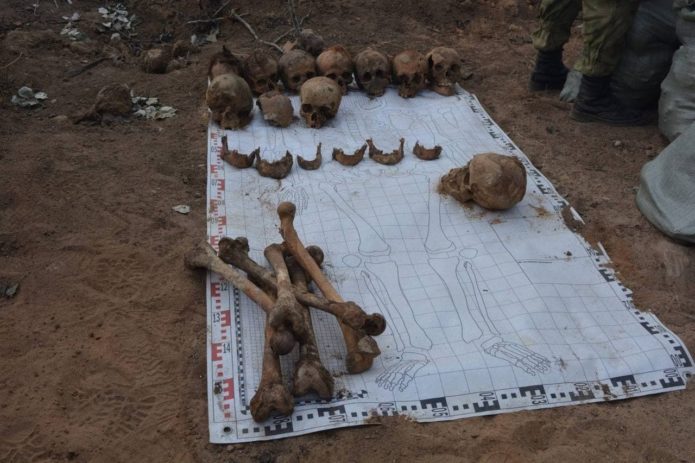 The remains of former concentration camp prisoners were found in the Rostov region near Ostrogozhsk.

According to the calculations of search engines, from 400 to 500 people are buried here.

During WW2, there were 2 German concentration camps in this area, in one of them there were women and children, and in the other there were captured soldiers of the Red Army.

Prisoners’ labor was used in the construction of the Rostov-Berlin highway in 1942-1943.

In total, 17 concentration camps for prisoners of war and civilians were involved in the Rostov region, with a total number of 35 to 70,000 prisoners.

On September 2, a solemn reburial of the found remains will take place.

Man throws himself under a subway train
Woman drowned while swimming in winter
Underground prison of Armenian Escobar
Mother strangled newborn
In the Rostov region found the remains of soldiers who died in 1941
The girl jumped out of the window
In Krasnoyarsk stray dogs bite 5 people
Who buried Oka?
Bear dug grave and eaten corpse
A man shot himself in a shooting range
2021-08-24
Ser034

«« Bloody fight. Knife against the club
»» Guts fell out