The Yeisk District Court sentenced three 17-year-old teenagers from the village of Dolzhanskaya in the Krasnodar Territory, who had abused their 56-year-old physical education teacher and then killed her. Even while under investigation, they did not repent of the crime. For inappropriate laughter and jokes during the trial, the judge had to remove the defendants several times from the courtroom.

This stunning cynicism tragedy occurred on the night of October 25-26 of last year. In the morning, Andrei Meleshko, Alexander Brazhnik and Arthur Bonin hung around the village, not knowing where to put themselves. In the evening, already in a fair amount of drinking, they met on the street the former teacher Valentina Petrovna Martyshko, who once taught physical education, reports the Observer.

“She asked to be taken home,” said the teenagers during interrogations. – Then she offered to drink.

In the morning, the neighbors found in the wasteland the mutilated body of Valentina Petrovna. The woman was raped, and then beaten to death. On the same day, the killers came to the police with confession. They claimed that the deceased was also drunk, and everything at first went amicably. They say they were not going to kill the teacher, it turned out by chance.

– It just couldn’t be, she’s not such a person! – testifies the director of stanitsa secondary school No. 5 Galina Voevodkina. – I knew Valentina Petrovna for many years, she was still a girl, right after the pedagogical school, she came to work in our school. She taught physical education in primary school. She was very respected. It was calm, strict, fair. She retired two months ago. I wanted to take care of my grandchildren.

But the defendants are notorious. For chronic poor progress from a regular school, they were transferred to evening school. But there they continued to skip classes. Moreover, as the stanitsa testify, this trinity of blockheads once already came across rape, but their parents then managed to hush up the case.

“With Andrei Meleshko, the problems started a long time ago,” the school principal says. – No matter how we fought with him, nothing worked. His mother always blamed the school for everything, and after the teachers who were zealous for her pennies, she said: “Dukes …” How many times have I suggested to her: let’s identify a son in a social shelter so that he will be without maternal care and feel. But she: “Only through my dead body.”

Alexander Brazhnik is from a dysfunctional family. I have never seen a father, my mother has a criminal record, she did not really engage in raising her son. But Arthur Bonin, according to teachers, was once a good guy – charming, kind, and studied well. But as soon as in the ninth grade I contacted this company, it rolled down.

“I consider it established that, using the helpless state of the deceased, she was raped – both in a simple and perverse form. And then they began to strike with their hands, feet, an empty vodka bottle.

The court sentenced teenagers to nine years in prison each. Residents of Dolzhanskaya demand more severe punishment. High school students, where the defendants once studied, even collected 150 signatures under an open letter to the regional prosecutor’s office demanding that the convicts be prohibited from ever returning to their native village. The petition was also supported by adult stanitsy.

But the court took into account extenuating circumstances – age and confession. The criminals have been placed in a juvenile detention center. A year later they will be transferred to an adult penal colony.

Baby died of alcohol poisoning
Academ maniacs - "hammermen"
Taxi driver shot a traffic police
Man shot himself in the face with a gun
A man in women's clothing attacked shop visitors with an ax
Live. The man hanged himself
Police chase ended with gunfire and fire
Man fell from the 5th floor
A shopping center was evacuated in Moscow because of a dude with a grenade in his hand
Spectacular accident in Novosibirsk
2005-08-19
Sonderfuhrer 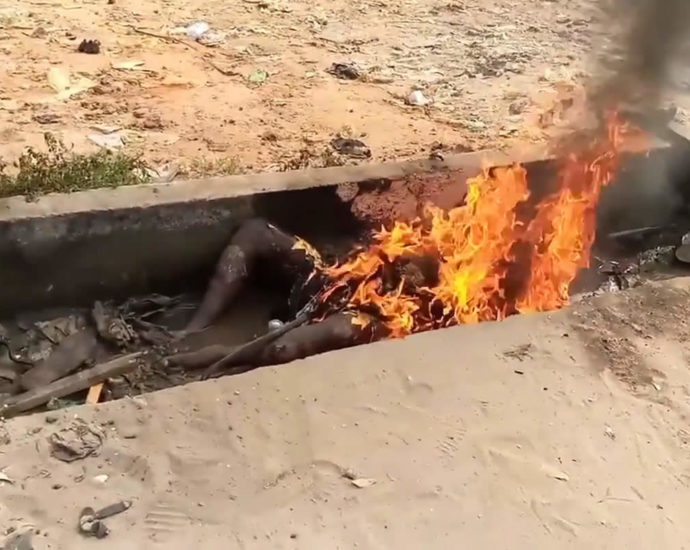